I never realised how busy it got in Knox on a Saturday night. Since when has the ‘burbs got as rowdy as the city? It was on one of these nights that we visited Bar Bosh for a friend’s birthday and boy, was it packed. Luckily we had made a booking, otherwise there was no way to fit us comfortably. 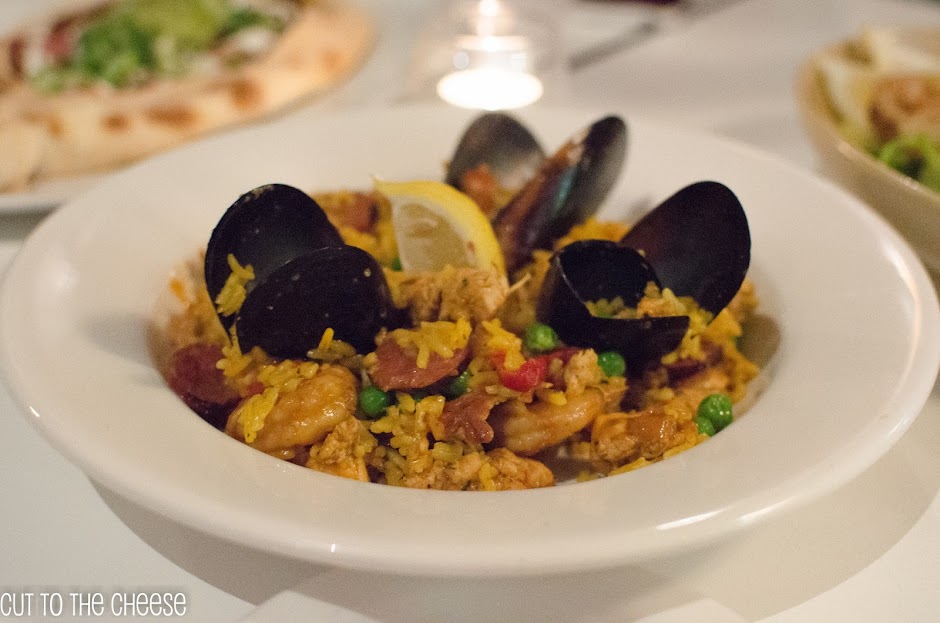 As per usual, we ordered a couple of dishes to share. Lately, I’ve been craving for really good paella and the one that was served up was not very exciting. It was essentially a bad tomato fried rice. It felt like all the other ingredients, including the seafood, did little for the dish.

Oddly enough, there was not a large variety of salads on the menu despite them offering just about everything else. The salt and pepper calamari was our compromise to getting some greens into our meal and again it was a disappointment. The calamari was soft but the batter was bland and soggy. It did not have that crispy bite that I was looking forward to. The simplicity of the salad was too basic resulted in me drowning it in tartare sauce.

Disappointing so far? Yes. But there was a reason why we wanted to dine here in the first place. My friend had been raving about their Turkish pizzas for such a long time that I had to get in on the action. I was very glad when our meal was salvaged when the Turkish pizzas came out. They were presented in a unique way, where the crust is slightly wrapped around the fillings. The base was surprisingly crunchy and held together well. We were able to get actual slices from it. The spiced chicken was fresh and juicy (probably due to the guacamole). but the spit roasted lamb seemed to be the table favourite. Despite the meat being a little dry, it was flavoured well and you can’t go wrong with tzatziki and lamb.

So let’s cut to the cheese! The serving sizes are satisfying and the food decent enough for a casual meal. However, be warned that despite this being a large restaurant with plenty of seating, it does get very busy. The menu did warn us of a >30 minute wait on Friday/Saturday nights, luckily ours arrived in 20 minutes. But we were ignored by the serving staff for a lot of the night. I guess this did not faze us too much as we were there to catch up afterall.

12 Mar This entry was published on March 12, 2014 at 10:44 pm. It’s filed under Outings and tagged Middle Eastern, Wantirna. Bookmark the permalink. Follow any comments here with the RSS feed for this post.