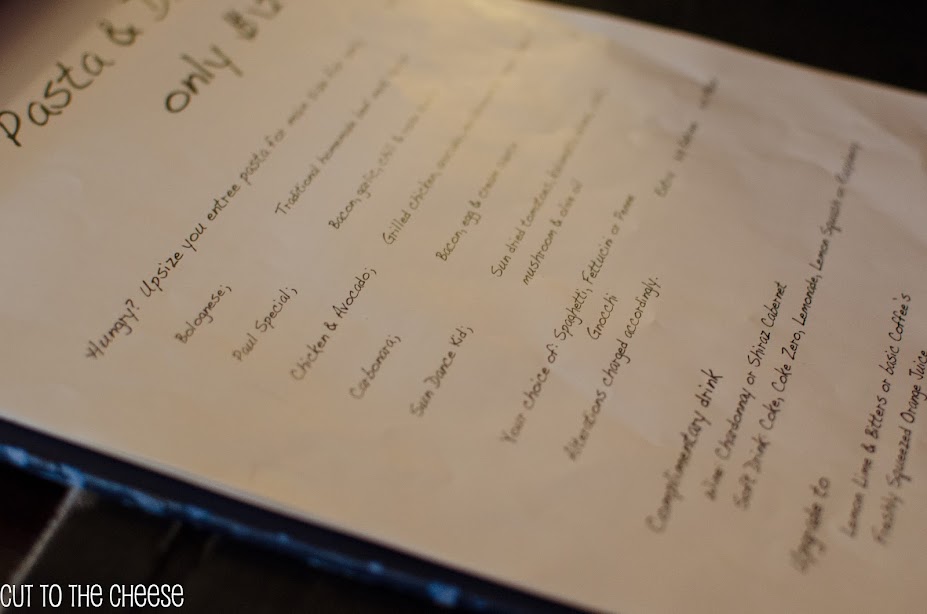 Whenever I’m near Lygon and I have absolutely no idea where to go, Universal is where I tend to place myself for a satisfactory meal. The servings are plentiful and the flavours wholesome. 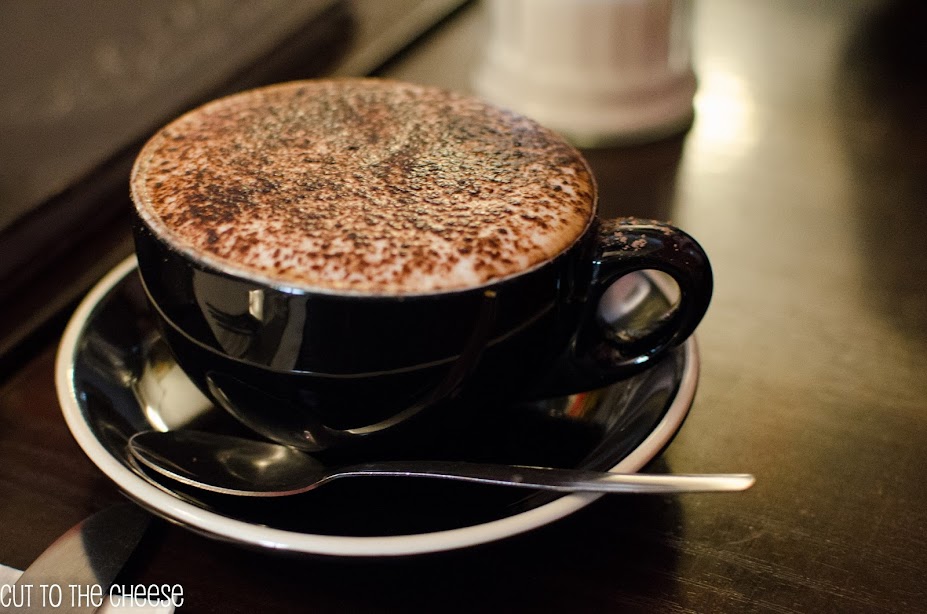 We happen to be there during lunch time and decided to go for one of their lunch specials ($12.90 for an entree pasta & drink). To feed my saucy tomato pasta cravings, I ordered the Paul special with a cappuccino. My friend Court had the chicken and avocado with a lemon squash. Our drinks arrived promptly and the coffee definitely did not disappoint. 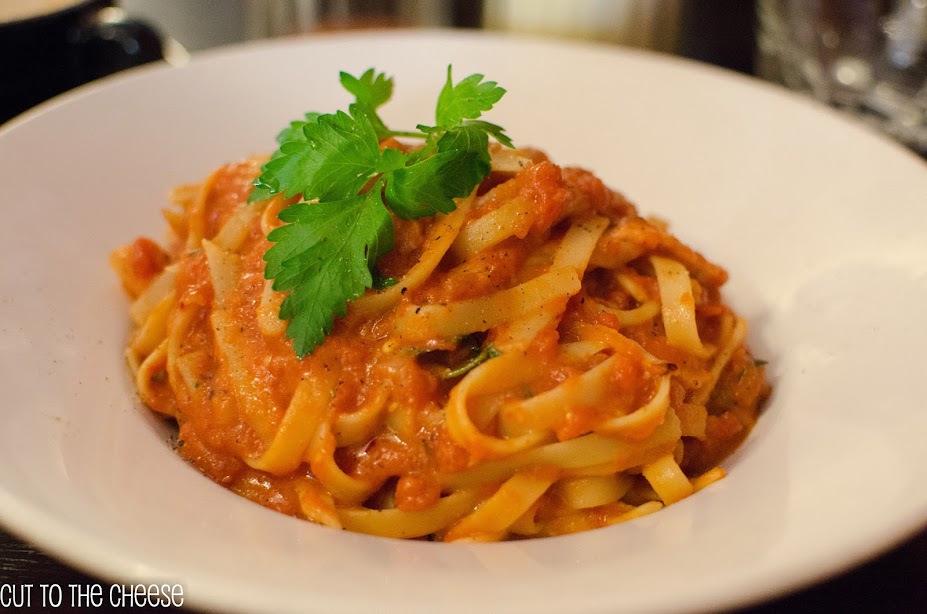 My dish came out shortly after. It has been a while since I had a good saucy pasta dish. This was so fresh and the more I ate the better it became. It definitely had the bacon hit to it and the hint of chilli was delicious. I ended adding more to it because I really like things hot. The rose sauce was a nice change to the usual red pasta sauces that I have. 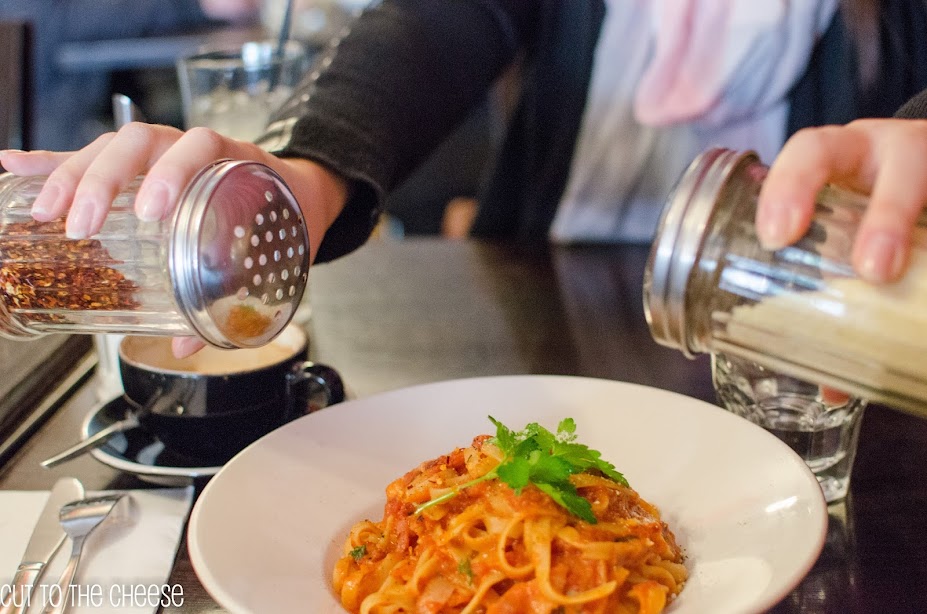 Court was getting pretty hungry by this point and it was not till 30 minutes later when I asked, that we were told that they had actually forgotten about her dish because there was a mix up in the kitchen. It did come out relatively quickly after that. 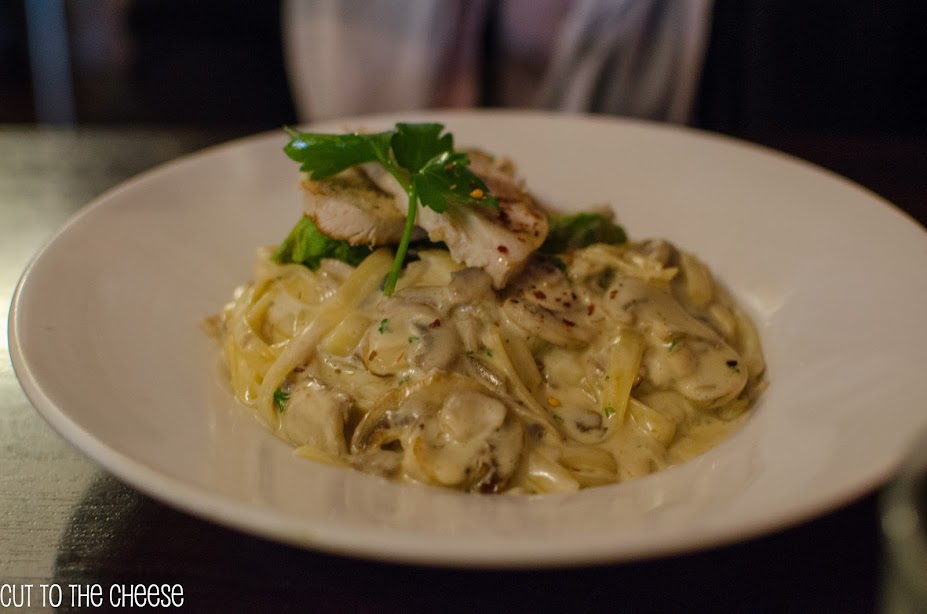 Her dish had a creamy sauce which was not that spectacular, bland in fact. Apparently her chicken was surprisingly salty. She was not having a good food day.

I find that it’s almost always busy in here, whether it be for lunch or dinner. A minor issue that I have with eating here during the day is that it can be a little dark inside despite it being really sunny outside. But honestly that won’t stop me coming back for reasonably priced delicious pasta.

13 Jan This entry was published on January 13, 2014 at 4:13 pm. It’s filed under Outings and tagged Carlton, Italian. Bookmark the permalink. Follow any comments here with the RSS feed for this post.