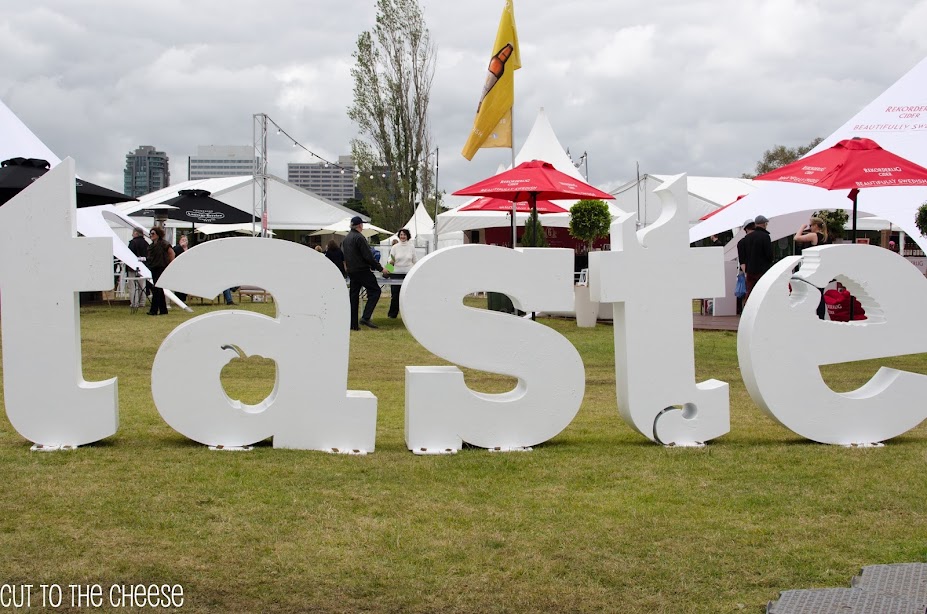 This is a super late post about the event, but I wanted to share some photos. This was the first time I have attended Taste of Melbourne and it was just as enjoyable as I had hoped. The only down side was that because it was held outside, the grounds were extremely muddy leading to very unhappy shoes. 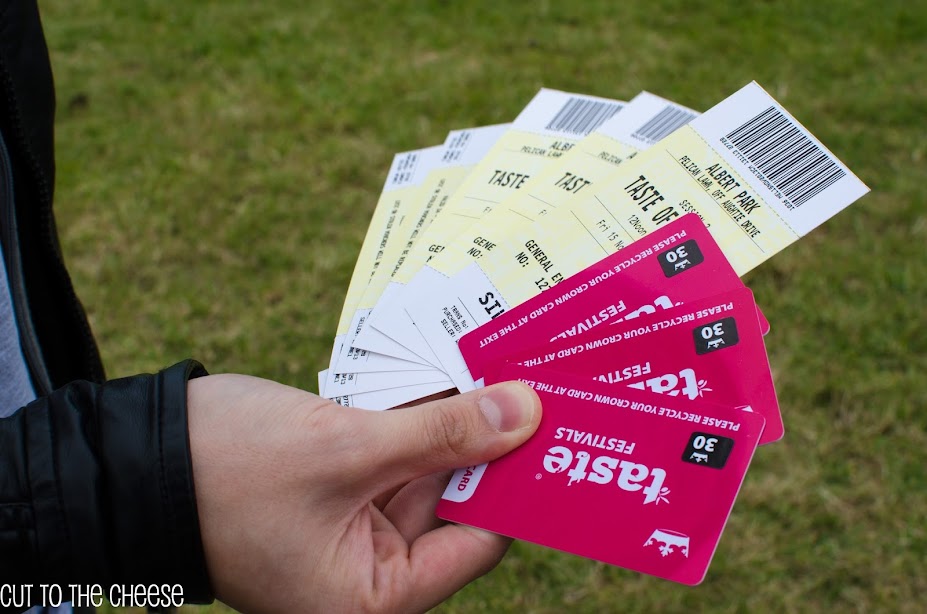 We bought some crown cards along with out admission tickets beforehand and were a little confused by these cards at first. Turns out that these cards contain the currency which restaurants used in the event. This worked well to minimise time wasting and they were able to quickly take your money (by scanning your card) without actually physically handling it. 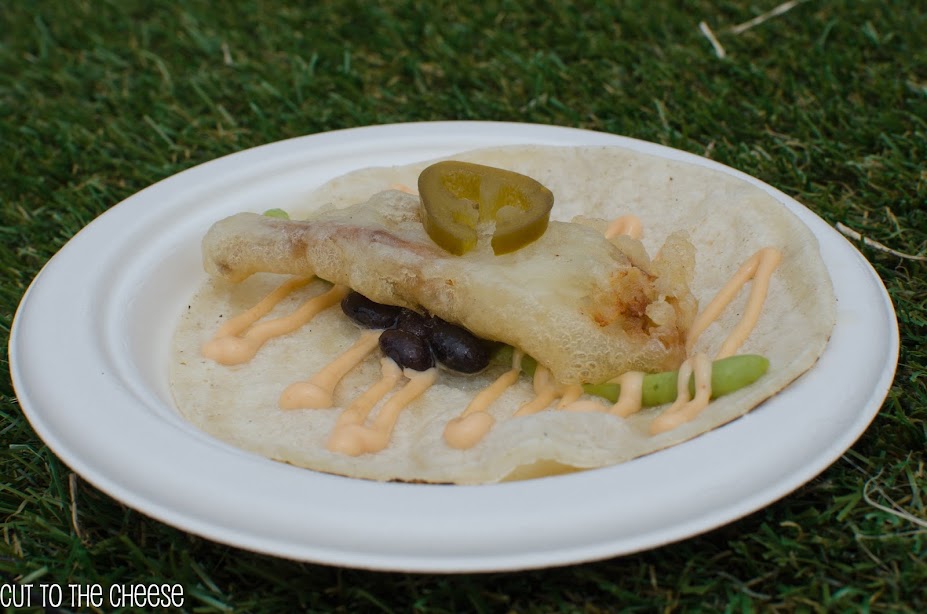 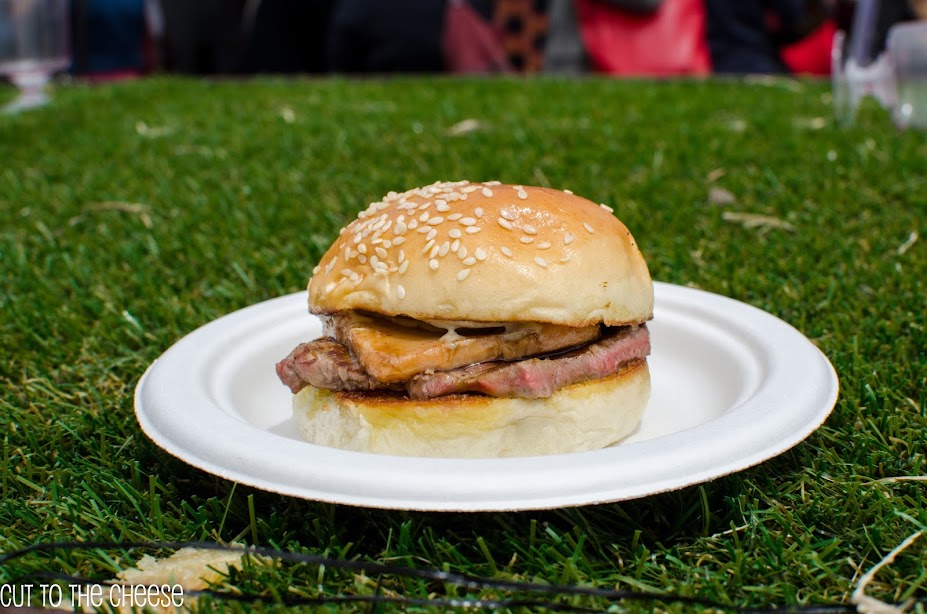 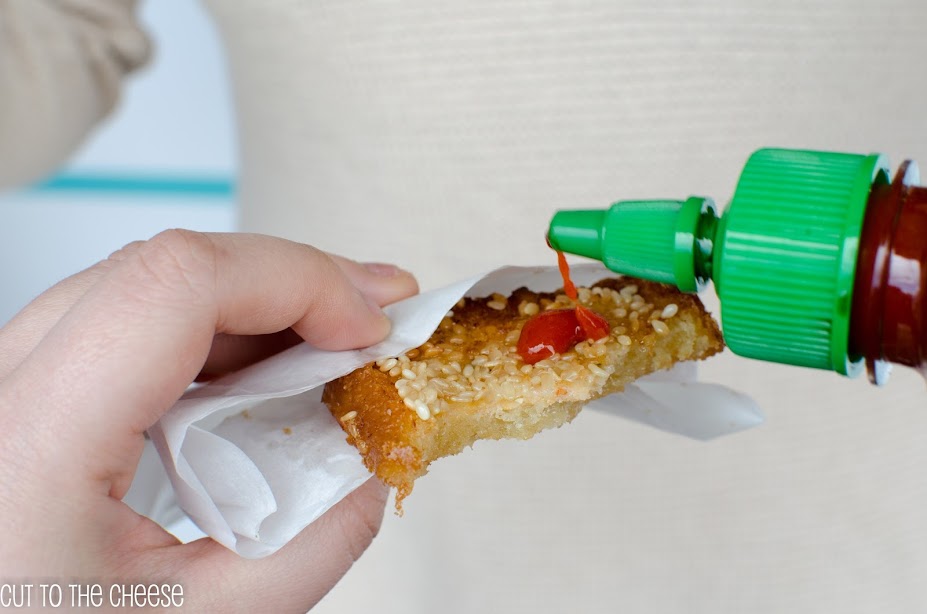 Armed with the list of the food offerings, we knew exactly what we were going to spend our crowns on. Initially this seemed like a good idea but for next year, it’d be more fun just to rock up and buy what we thought looked the most tasty rather than preplanning it. 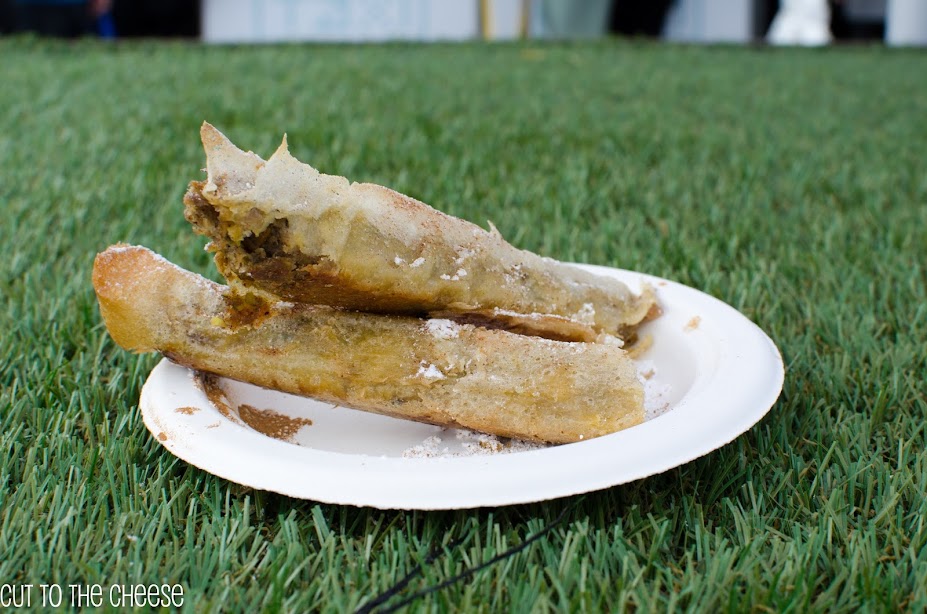 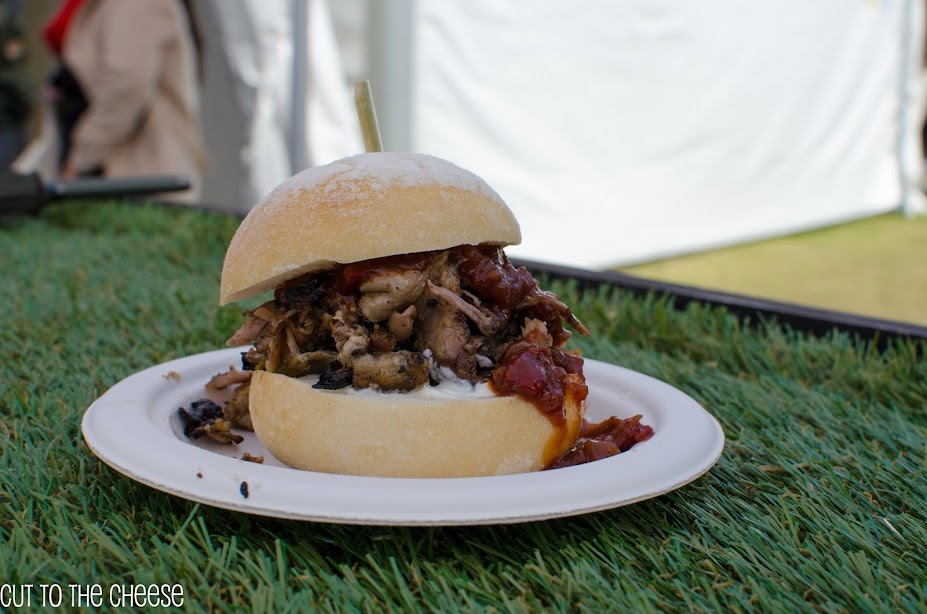 My other issue was that I was mentally full because of a last minute decision of late night lamb kebabs the previous night, which also meant I was still burping up lamb and was deterred by the thought of more meat. The Lamb Bango from Albert St Food & Wine was so good that it changed my mind.

The other great thing about it were all the stalls from small and large companies eager for you to try their samples and buy their show exclusive packages. 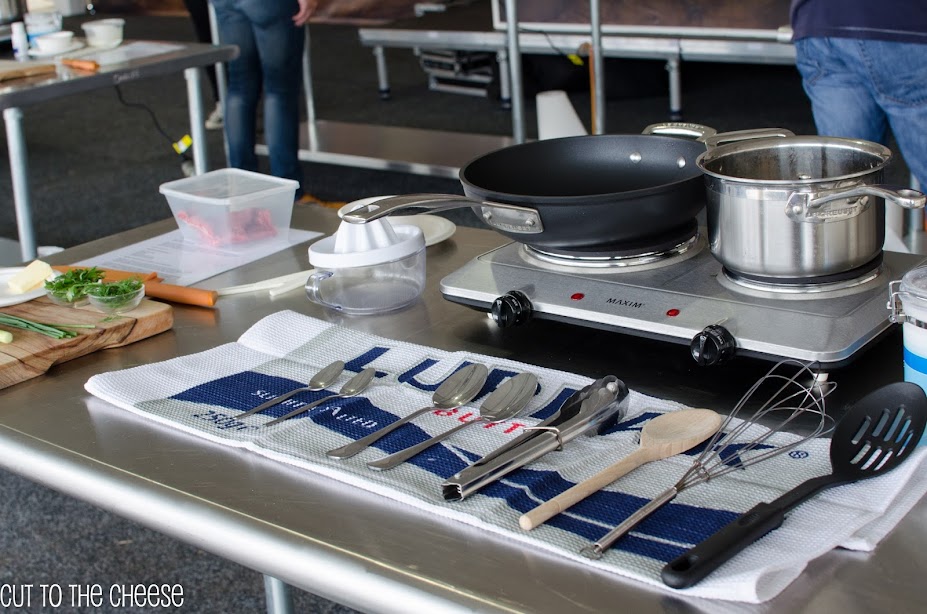 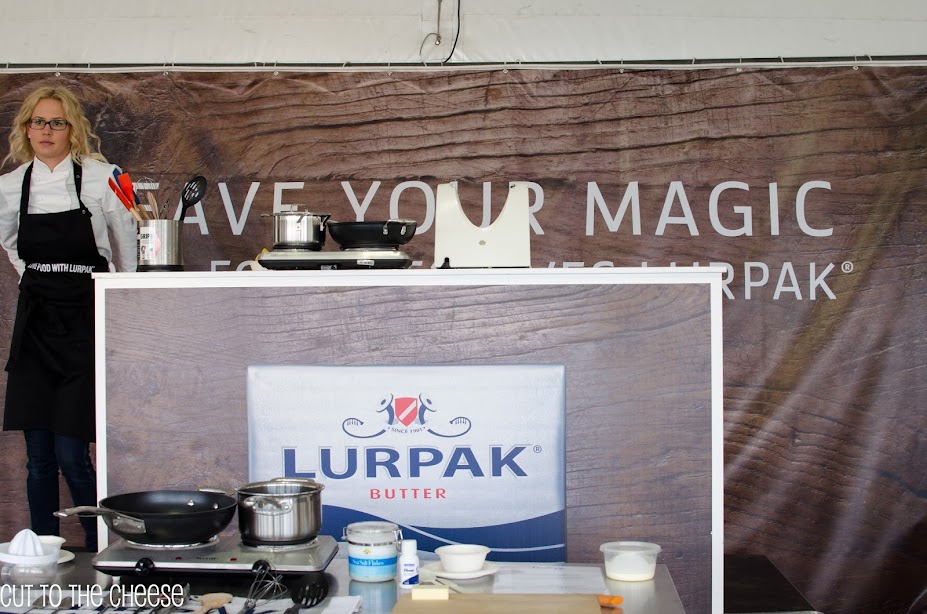 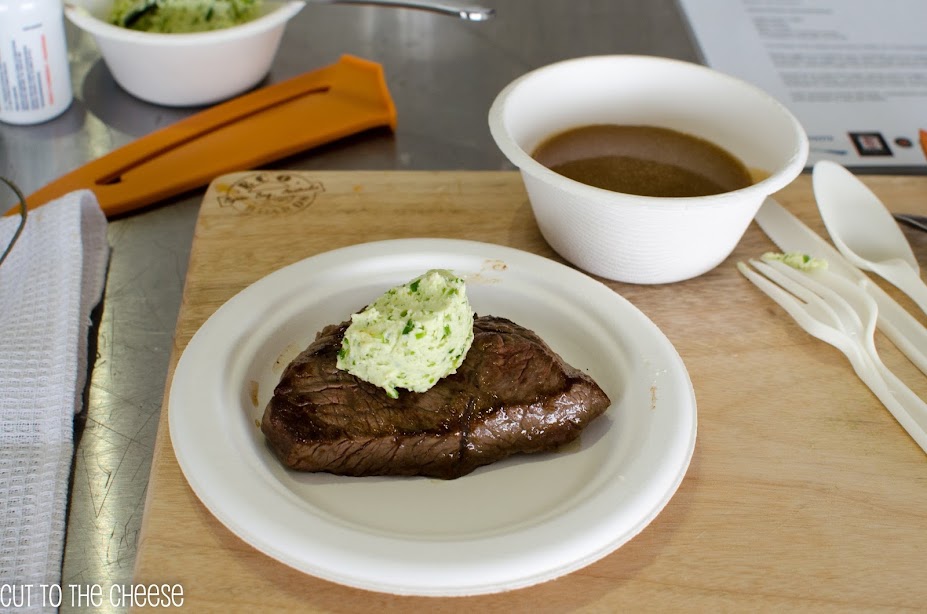 Surprisingly my favourite part was participating in the Lurpak Cookery School. We learnt how to cook a wagyu steak with herbed butter and an easy salted caramel, hosted by the highly energetic Julia Taylor (of Masterchef fame). Before now I was always scared of cooking caramel but this was such an easy technique and recipe. Don’t be fooled at how unappealing it looks in the picture above, it was so tasty that I was walking around eating it straight from the bowl. I would have finished it too, if there weren’y for the  abundance of interesting food to distract me. 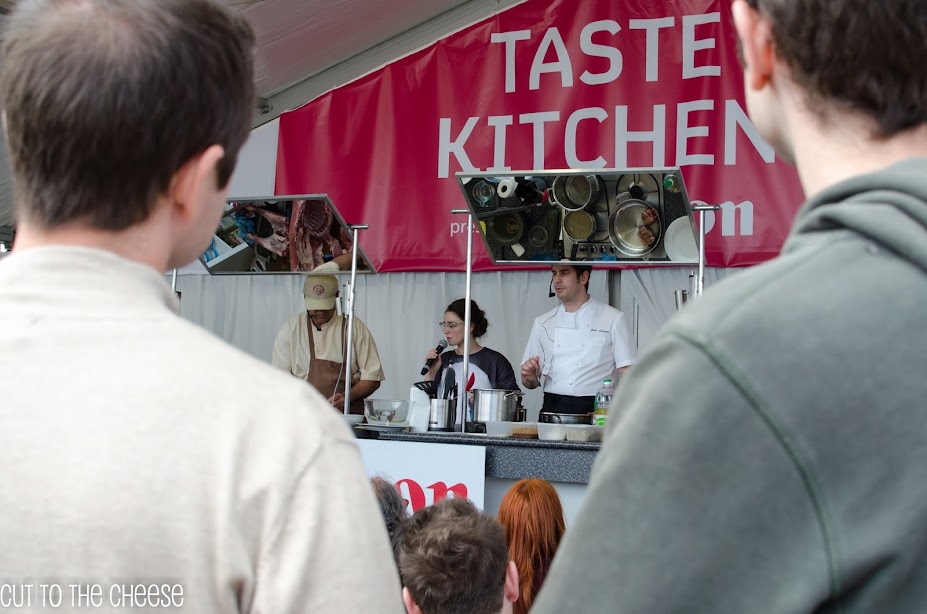 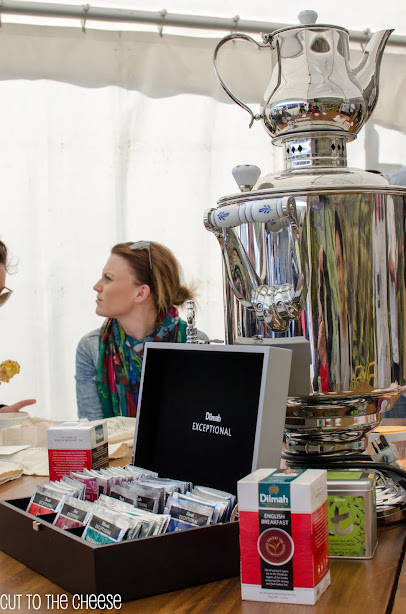 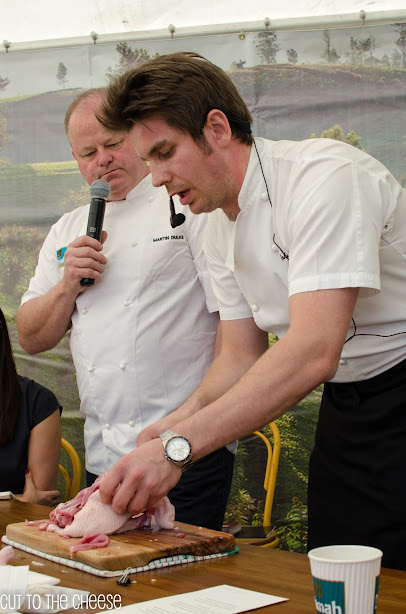 Chefs also participated in talks and demonstrations. We watched John Lawson (from No. 8) cut up a duck, while enjoying a cup of tea. Unfortunately we missed out on many of the shows in the Taste Kitchen because we spent so much time trying everything else that we were constantly busy. 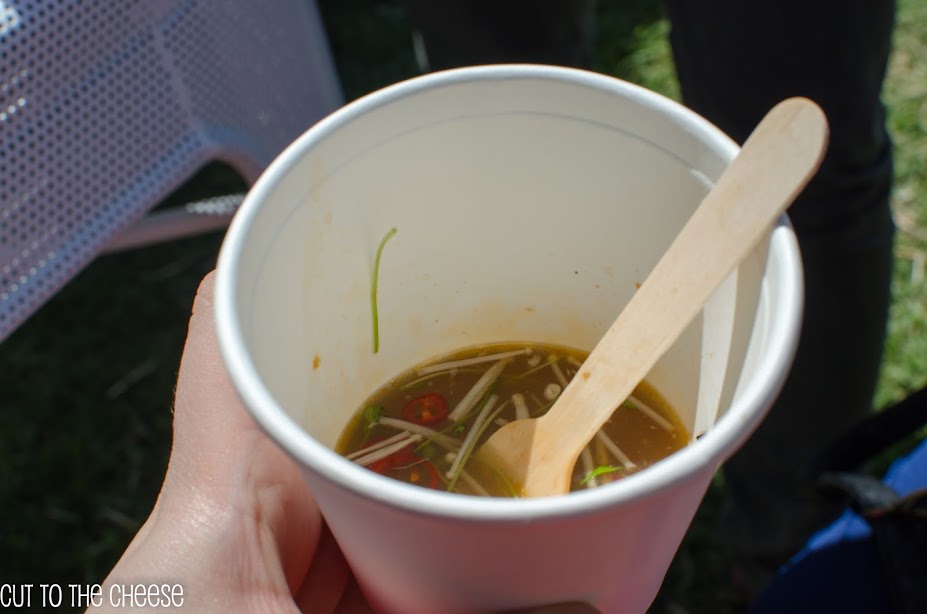 This duck soup from Gingerboy was amazing 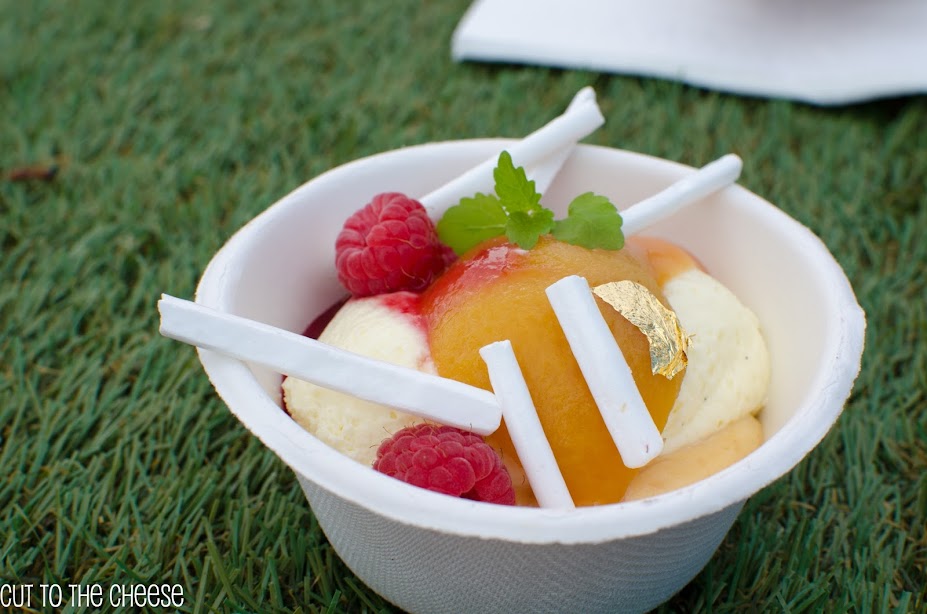 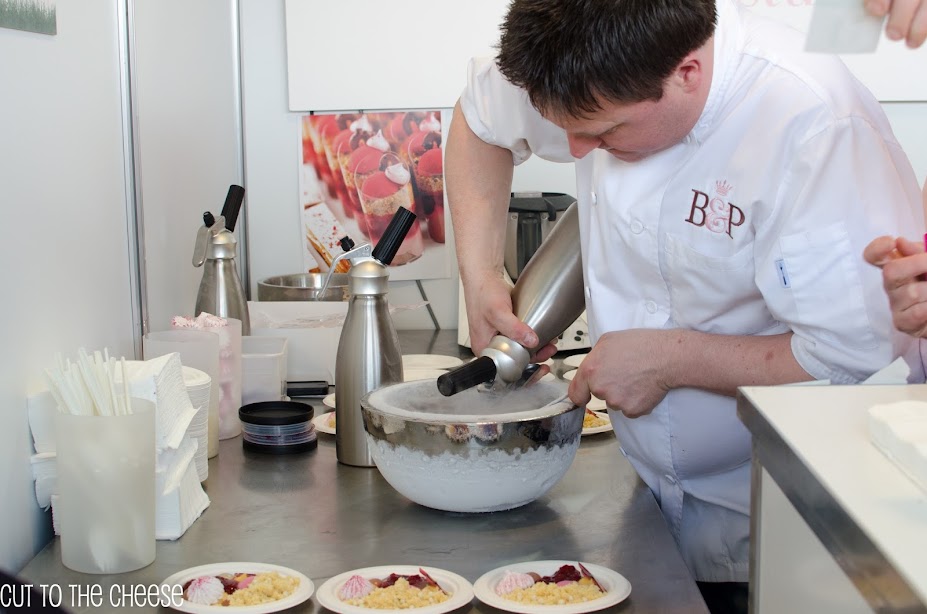 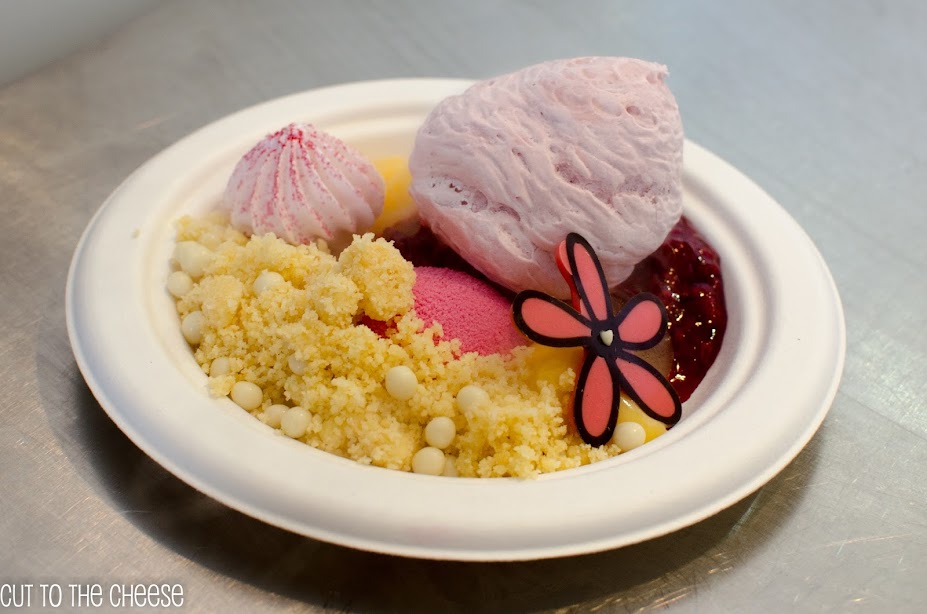 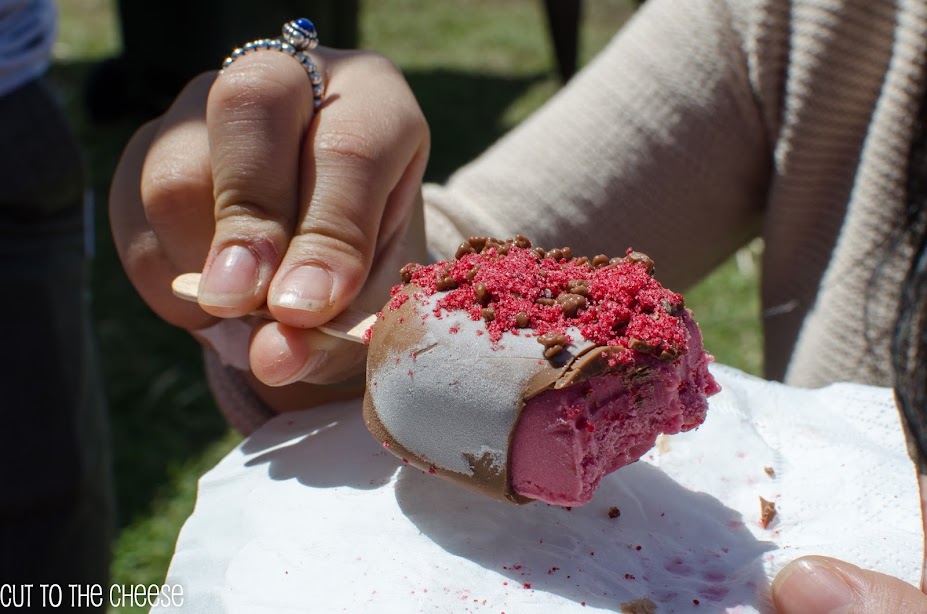 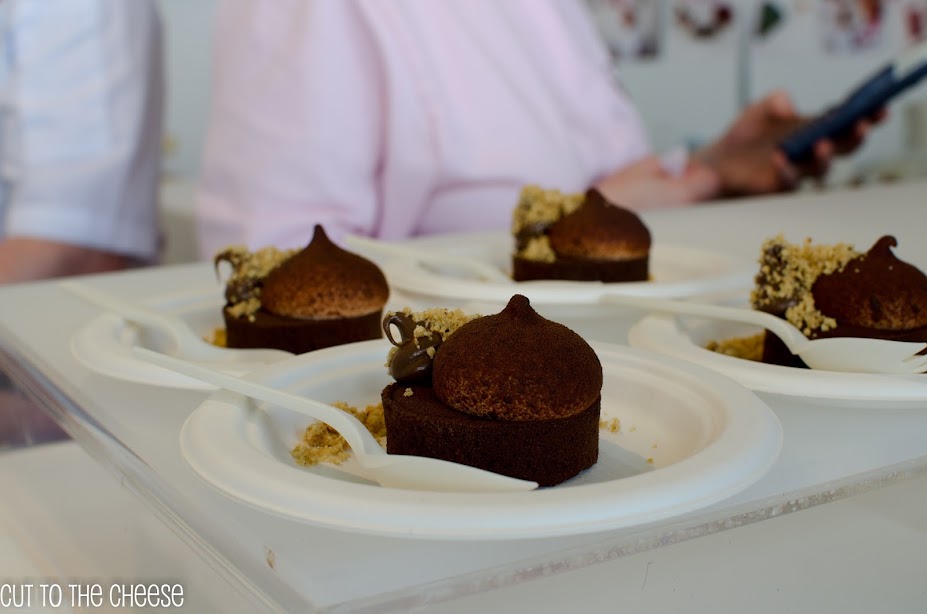 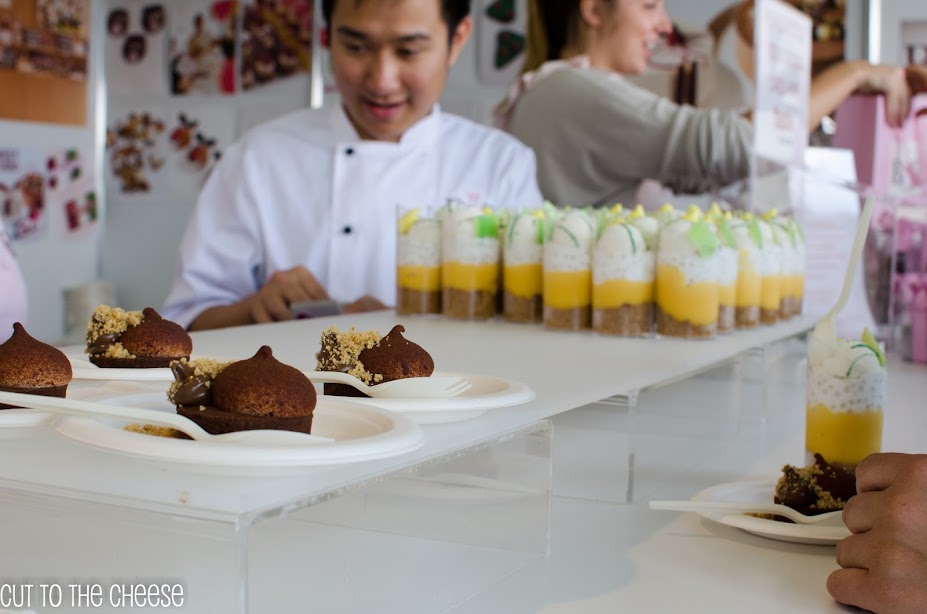 You can imagine how stuffed I was after all that. It probably wasn’t the cheapest endeavour that I have had but very much a tastebud stimulating one. The offerings were very fascinating and mostly very exquisite.  If I am lucky enough to have finished exams by this time next year, I would definitely be attending the event again. 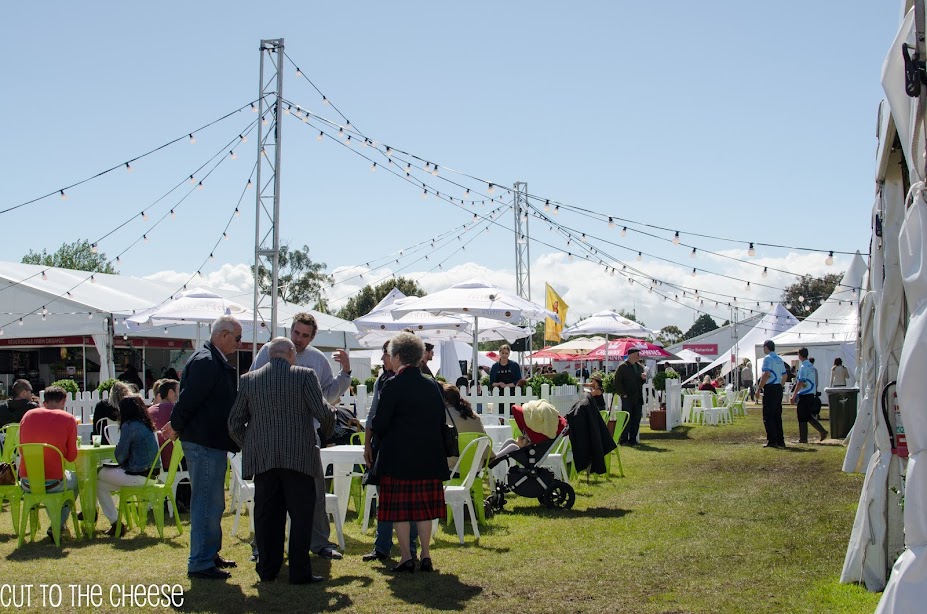 26 Nov This entry was published on November 26, 2013 at 12:49 am and is filed under Event. Bookmark the permalink. Follow any comments here with the RSS feed for this post.

One thought on “Taste of Melbourne”